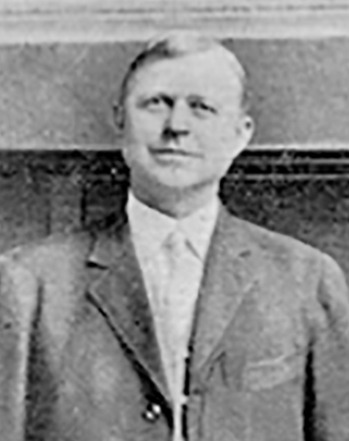 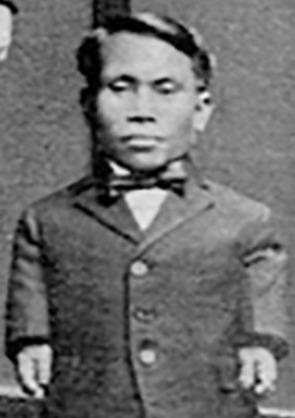 Fashion tip: “When choosing a suit, the editors of the Men’s Togs Catalog of 1910 cautioned buyers: ‘In selecting a fashion … careful consideration should be given to the fact that extreme novelty styles are suitable only for young men, and that double-breasted styles look best on slender forms. Corpulent (overweight) men should adhere strictly to stripe effects in fabrics.’” (Source: vintagedancer.com)

The year 1910 marked Thomas Claud Luck’s transformation from a clerk for Johnson Bros., grocery store on Hannibal’s South Side to an entrepreneur in the merchant tailoring business.

Luck, by opening The Glasgow Tailors store on the southeast corner of Main and Broadway, became a participant in the trend away from “Mom and Pop” tailoring shops and toward franchise operations.

The retail operation of The Glasgow Tailors began as an outgrowth of the Glasgow Woolen Mills in Duluth, Minn.

In 1905, The Glasgow Tailors had 68 stores located across the Midwest.

Thomas Luck opened an affiliated tailoring shop in Hannibal circa 1910, and three years later there were 117 Glasgow Tailors stores in operation throughout the country.

The Duluth News Tribune of Oct. 5, 1913, explained the company’s beginning:

“This company was originally a woolen manufacturing concern, but conceiving the idea of eliminating the middlemen’s profit by selling direct to the consumer, they opened a long chain of stores, put them in the hands of competent managers and began to sell suits and overcoats, all wool, positively guaranteed in quality, fit and finish for the startling price of only $15.”

The role of the merchant tailor under The Glasgow Tailors was to attract customers to the shop via frequent advertising, and once in the shop, to assimilate accurate measurements. There were many samples of woolen material to choose from (all made at the company’s woolen mills) and up to 500 suit patterns available for perusal.

Once the measurements were taken, a finished, custom-made suit was ready in a little more than a week.

The Daily Gate City newspaper in Keokuk, Iowa, promised, in an ad on March 21, 1915: “The Glasgows will make you an all wool suit, guaranteeing fit, style and workmanship. Every garment made under the best union labor conditions for $15.00.”

Advertising was encouraged among The Glasgow Tailors proprietors. The goal was to reassure people that the company made first-quality suits and top coats, rather that cut-rate products.

Many merchants sponsored sports teams - including bowling and racing - which subsequently kept the company’s name in the public eye.

Among the The Glasgow Tailors stores that advertised in their local newspapers:

Thomas Luck ceased doing business with The Glasgow Tailors sometime around 1920. He did, however, continue to operate a men’s furnishings business at the same location through 1925.

Other Glasgow merchants across the Midwest continued to offer their unique line of men’s wool clothing into the 1950s.

The fact that Thomas Luck was enough of a risk taker to go from grocery clerk to merchant tailor is telling of his personality. Not surprisingly, this wasn’t his only entrepreneurial venture. Leaving his son, J. Buford Luck, in charge of the store, he turned his attention to oil.

The year 1920 found M.J. Gill boarding at Hannibal’s Windsor Hotel, on the northeast corner of South Main and Church streets. As president of the Tipton Petroleum Company, he was no doubt in town to solicit investors in the company formed to finance oil wells in Oklahoma and Kansas.

The Humboldt (Kansas) Union newspaper reported on July 3, 1919 that the Tipton company (of Hannibal) had drilled its No. 1 well on the August Hoepker farm southeast of Humboldt. The well was reported to be a “25 barrel producer.”

On April 4, 1920, the Quincy Daily Whig reported that Fred Miller of Hannibal received a telegram from M.J. Gill, stating: “Got another fine well (in Tulsa County.) Looks like our best.”

On April 6, 1920, the Tulsa Tribune noted that the Tipton company had a small well on the Ben Franklin farm east of Jenks, Okla.

In March of 1920, Thomas Luck was in Tulsa, and wired his colleagues back in Hannibal that the company had eight producing wells, six in Tulsa county and two in Allen County, Kansas. At the time, the largest well was producing about 30 barrels a day.

Unfortunately, soon thereafter Luck and his associates stood by as their dreams faded.

First, on July 12, 1921, the St. Louis Star and Times reported that the Tipton Petroleum Company was among the Missouri corporations cited for failure to comply with the law in making required reports.

Then, in January 1924, Thomas C. Luck filed for voluntary bankruptcy in order to recover from his losses in the oil company investment.

Finally, a notice was published in the Feb. 25, 1925 Tulsa Daily Legal News that two promissory notes for the Tipton Petroleum Company were due, and that attachment to property would begin if the notes remained unpaid.

By 1927, Thomas Luck had closed his shop at 100 South Main Street and the Kirkpatrick Drug Store had moved into the vacated building.*

Thomas Luck was working as a tailor at 117A Broadway.

In the 1940s, a drug store known as Fitzpatrick was in business across the street from where the Luck store was located until 1925.

Mary Lou Montgomery, retired as editor of the Hannibal (Mo.) Courier-Post in 2014. She researches and writes narrative-style stories about the people who served as building blocks for this region’s foundation. Books available on Amazon.com by this author: "The Notorious Madam Shaw," "Pioneers in Medicine from Northeast Missouri," and "The Historic Murphy House, Hannibal, Mo., Circa 1870." She can be reached at Montgomery.editor@yahoo.com Her collective works can be found at www.maryloumontgomery.com