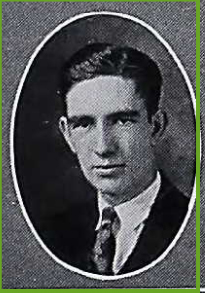 Did Ed O’Neill, long-time sports editor for the Hannibal Courier-Post, and Lester Dimmitt, long-time owner and publisher of the the Canton, Mo., Press News, perform with an orchestra before the Prince of Wales (David, who later as King VIII abdicated the thrown in order to marry American divorcee Wallace Simpson) in London, England, in 1926?

What is known is that Eddie O’Neill and Lester Dimmit, both of Shelby County, Mo., were members of the Missouri University Quadrangle Orchestra, which performed at the Kit Kat Club in the Haymarket, London, England on or about Sept. 24, 1926.

And among the notable members and frequent guests of the club was David, the Prince of Wales.

Some two months after the Missouri University musicians performed at the elite London nightspot, the club was under investigation by Scotland Yards. Agents, dressed in formal attire, entered the venue and while mingling, gathered evidence regarding the suspicion of bootlegging, and the sale of liquor after midnight.

But, before a planned raid could be launched, a problem arose.

According to a newspaper article published in the Boston Globe dated Dec. 14, 1926, before uniformed officers waiting outside could be summoned inside, The Prince of Wales, a club member who often frequented the establishment, entered the premises. That led the officers to postpone their raid.

Then at midnight Saturday, Dec. 11, 1926, after the Prince had left for the evening, the raid was staged.

“The Kit Kat is generally regarded as the most fashionable dance club in London, and among its members are many well-known people.”

Police acquired the names of all those in attendance, to ensure that all were club members.

“The raid had no detrimental effect on the attendance of the club” the following evening, the newspaper noted.

The Kit Kat Club was the final performance stop of a European tour for the Missouri University-based orchestra, of which Eddie O’Neill and Lester Dimmitt were members. The European tour was planned in conjunction with the World Press Congress meeting in Geneva, Switzerland.

A delegation of 100 U.S. editors and publishers from the United States attended the conference Sept. 14-18, 1926. Dr. Walter Williams, dean of the School of Journalism at Missouri University, was the organization’s founder and its president.

In addition to the Kit Kat Club, the student orchestra performed in the larger cities of France, Italy, Switzerland, Germany and England. Orchestra members sailed to London aboard one of the largest passenger ships afloat at the time, the Berengeria, and returned on the Tuscania.

The Missouri University Quadrangle Orchestra served as a means for college men to work their way through the university. The orchestra members during the European tour were:

Lester Dimmitt, who grew up in Shelby County, purchased The Canton Press News and Lewis County Journal in 1941. He bought the Lewis County Record in 1954. He sold to Mr. and Mrs. David Steinbeck in July 1968 and continued to work at the paper for several years before retiring in April 1986. He traveled with several bands during his lifetime, especially the Lester Young band as a jazz trumpeter, throughout the United States and Europe.

Dimmitt died in 1999, and is buried at Forest Grove Cemetery, Canton, Mo.

Back in the United States in October 1926, Edward M. O’Neill Jr., was enrolled at the Missouri University in Columbia, where, in June of 1928, he would be among 99 students to receive Bachelor of Journalism degrees. His parents, Mr. and Mrs. E.M. O’Neill of Clarence, and his younger sister, Frances, were on hand for the graduation exercises.

In August 1929, Eddie O’Neill moved to Hannibal, where he accepted a position as sports writer for the Courier-Post.

That career would span more than four decades, beginning with the Great Depression in 1929 and concluding with the “Post Watergate” era of journalism in the 1970s.

He both started and ended his career at Hannibal by heralding the accomplishments of young athletes, whether on the football field, the basketball court or the wrestling mat.

“Ed O’Neill was certainly right out of a ‘Hollywood central casting’ for a sports writing role. He could have located to cover the football game in a warm press box, but no, he was on the field to feel the wind, cold, rain, mud, sweat, grunts and groans of the players.

“(O’Neill) was always on the weather-beaten (football field) sidelines, frequently in the mud and cold rain or fog, taking ALL players’ performance notes. (He wore a) big trench coat and rubber boots that were never buckled. His game summaries were fair to the competitive sports team, expressed to bring the readers into the action.

“His accurate game summary was always published the next day in the Courier-Post.”

John O’Donnell believes that O’Neill provided the funds for McCooey’s scoreboard when the new gymnasium was built in 1959.

According to the “Story of Hannibal” by J. Hurley and Roberta Roland Hagood, O’Neill was the one who gave McCooey Catholic High School its team nickname, the Shamrocks. The nickname was used until the school closed.

Son of a railroader

O’Neill was born in Marion County, Mo., in 1899, during the time his father, E.M. O’Neill, was ticket agent at Palmyra. When young Eddie was 4, the elder Mr. O’Neill transferred to Clarence, where Eddie would grow to manhood.

Mr. O’Neill began working for the Burlington as agent at St. Catherine, Linn County, in the summer of 1882, when he was just 13.

In May 27, 1927, the Independent Courier at Clarence, Mo., described O’Neill’s rail career.

“Mr. O’Neill said: ‘The operation of railroads is very much different now from what it was when I began. The old hand brake, link and pin couplers, small powered locomotives and short trains have given way to the air brakes, automatic couplers, heavy motive power, large cars and longer trains, the block signal and many other devices which have brought railroading up to a high state of perfection.’”

Eddie O’Neill was the only son, and went to work right after high school in order to earn money to continue his education. For a time he worked at the poultry and produce firm of M.M. Hogan and Co. He attended Missouri State Normal School at Kirksville, and transferred to Missouri University at Columbia.

He had three sisters: Genevieve and Agnes became teachers, and Frances was Eddie’s younger sister.

His father died in 1940. His mother, Mary Frances McNicholas O’Neill, died in 1956, while living in Hannibal with her son. Ed O’Neill died in December 1988. He is buried beside his parents in Saint Michaels Cemetery Brookfield, Linn County, Mo.

O’Neill was recognized at the annual Hannibal High School football banquet in January 1959. Dr. E.A. Porter was chairman of the program, which brought out the highlights of O’Neill’s career.

Mary Lou Montgomery retired as editor of the Hannibal (Mo.) Courier-Post in 2014. She researches and writes narrative-style stories about the people who served as building blocks for this region’s foundation. Books available on Amazon.com by this author: "The Notorious Madam Shaw," "Pioneers in Medicine from Northeast Missouri," and "The Historic Murphy House, Hannibal, Mo., Circa 1870." She can be reached at Montgomery.editor@yahoo.com Her collective works can be found at www.maryloumontgomery.com